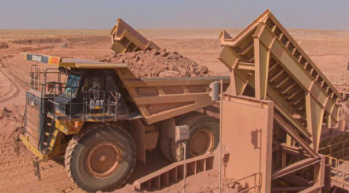 Saudi Arabia has set an ambitious goal to attract investments worth $32 billion into its mining and minerals sector through nine new projects, reported state news agency SPA, citing its minister.

These new projects are aimed at supporting the export of mineral products to local and international markets, where the ministry is currently studying 145 applications to receive exploration licenses by foreign companies, stated Minister of Industry and Mineral Resources Bandar bin Ibrahim Al Khorayef.

Of these projects, the biggest one is a steel plates factory being set up at an investment of over $4 billion at King Salman Global Maritime Industries Complex in Ras Al Khair, while another factory is being set up for making inputs of electric vehicle batteries at a total value of $2 billion in addition to a copper and zinc refinery.

Al Khorayef pointed out that these investments are part of the Kingdom Vision 2030 in cooperation with the Ministry of Investment and the Ministry of Energy that seeks to make the mining sector the third pillar for the national industry as per the targets of the National Industrial Development and Logistics Program (NIDLP).

All these new projects will generate more than 14,500 job opportunities, he added