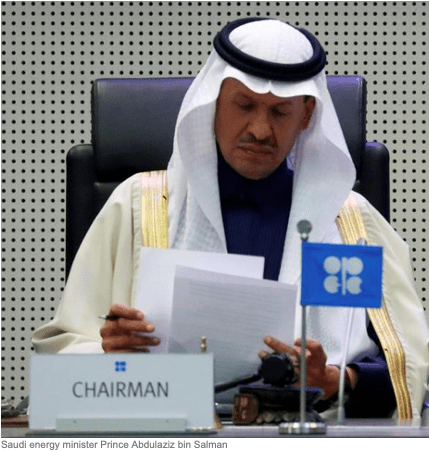 Saudi Arabia, the world’s largest exporter of crude, plans to sell green hydrogen produced in the kingdom to Europe, its energy minister said.

The kingdom intends to pipe the clean fuel to Europe “if the economics allow for it”, Prince Abdulaziz bin Salman told the Riyadh-based International Energy Forum during an online conference.

Saudi Arabia harbours ambitions to be an exporter of hydrogen as it adjusts to the global energy industry’s shift to cleaner fuel sources.

Hydrogen has become a popular alternative fuel among Gulf oil producers that are looking to diversify their energy sources.

Blue hydrogen is derived from gas while the green variant is produced from renewable sources.

Clean hydrogen can slash greenhouse gas emissions from the hydrocarbons sector by 34 per cent, according to Bloomberg.

McKinsey estimates that the development of a hydrogen economy could generate $140bn in annual revenue by 2030 in the US alone.

Saudi Arabia hopes to tap into the hydrogen boom even as it presses ahead with a push to expand its renewable power capacity to diversify its energy mix.

In January, Prince Abdulaziz said he had hopes for the kingdom to become “another Germany” when it comes to renewables amid plans to generate 50 per cent of its power from clean sources.

“I believe, in the next month or so, we will dazzle the world with how cheaply we can get our solar electricity.”

Saudi Arabia has already launched a renewables programme and is constructing its first solar and wind power plants.

The kingdom has an ambitious renewables strategy and plans to add 60 gigawatts of clean energy capacity to the grid by 2030.